Laddy Gaga has set a reward of $500,000 for those who return her dogs after they were kidnapped from her dogwalker recently.

Ryan Fischer, Gaga’s dogwalker, was in front of his house with her three French bulldogs on Sierra Bonita Avenue in Los Angeles when he was attacked by thieves.

They shot him in the chest four times before stealing two of the dogs. The third was able to run away.

According to authorities, the singer is offering half a million for the return of her dogs, ‘no questions asked,’ TMZ reported.

It isn’t clear if the kidnappers knew who the dogs belonged to at the time they took them, but French bulldogs are in high demand and normally cost between $1,500-$3,000. And if Gaga’s dogs have pedigree lineage, they can go for as much as $10,000.

Sources close to Gaga have said she is extremely upset about the situation, and the thieves should email ‘[email protected]’ to organize the return of the dogs and receive the cash.

Many people on social media have expressed their sadness for what has happened and wished Lady Gaga a speedy resolution to the situation.

The dogwalker was looking after Gaga’s dogs while she is working in Rome, Italy. Officers were called to the scene outside of his house on reports that shots had been fired, and Fischer was found in critical condition but still conscious.

He was brought to a local hospital and is now said to be on a steady path to full recovery.

For FOX11’s report on the story, please see the video below. 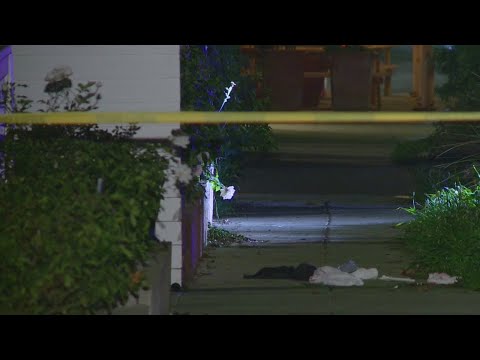 What are your thoughts on this story? Let us know by joining the conversation in the comments and please share this article if you’ve found it of value.

Now, Mr. Howells is offering his city council $70million if allowed to excavate a landfill site, where he believed the hard drive had been disposed of.
Read more
Animal

‘It cost me £300 in vet fees and X-rays, nothing wrong, just sympathy. Love him.’ Russell had captioned his post.
Read more
101-year-old lady

According to administrator Amy Elba, Friedman was first diagnosed with coronavirus at the beginning of the pandemic.
Read more

Many of the memes focus on love for Lady Dimitrescu, admiration for her stature, and an extreme desire to be stepped on by her.
Read more
Animal

‘It cost me £300 in vet fees and X-rays, nothing wrong, just sympathy. Love him.’ Russell had captioned his post.
Read more
looper

After ruling the box office throughout the 2010s with the Marvel Cinematic Universe, the major studio came up against an obstacle that not even a superhero could defeat:
Read more

Ryan Fischer, Gaga’s dogwalker, was in front of his house with her three French bulldogs on Sierra Bonita Avenue in Los Angeles when he was attacked by thieves.
Read more
Exclusives

"What's clear to us is that there's a lot of compassion and empathy around him as an actor.
Read more
looper

After Deloris gets captured, her sisters at Saint Katherine's take it upon themselves to come to the rescue rather than count on the police to get there in time.
Read more
looper

How Old Was Dwayne ‘The Rock’ Johnson When He Filmed The Mummy Returns?

The Mummy Returns came out on May 4, 2001, when Johnson was two days over 29 — but we're looking for his age when the movie was shot, not when it was released.
Read more
looper

The show's main characters could be in a very different place when season 12 is over.
Read more
Load more
- Advertisement -

This $249 power bank with ‘Tesla designed’ batteries is just bonkers