The FBI released photos of a suspect allegedly involved in the death of US Capitol Police officer Brian Sicknick.

Two photographs of the alleged suspect the FBI wants to question about officer Brian Sicknick’s death have been recently released. The first image shows a man with a beard, a backpack, and a blue knit cap with ‘CFD’ stitched on it. The logo is supposedly representing ‘Chicago Fire Department’.

While the second photo does not reveal the suspect’s face, it shows a man with the same description launching a fire extinguisher that struck a Capitol police officer on the head and led to his passing. It appears to be a screengrab from a video.

As Daily Mail reports, officials are expected to confirm whether the police officer in the footage was Sicknick.

US Capitol Police officer Brian Sicknick died on the night of January 7. His death was a result of a severe injury caused while he was on duty during the Wednesday riots. In an official statement, the US Capitol Police reads:

“Officer Sicknick was responding to the riots on Wednesday, January 6, 2021, at the U.S. Capitol and was injured while physically engaging with protesters. He returned to his division office and collapsed. He was taken to a local hospital where he succumbed to his injuries. The death of Officer Sicknick will be investigated by the Metropolitan Police Department’s Homicide Branch, the USCP, and our federal partners.”

The FBI urges anyone who can identify the man suspected in the officer’s death to contact them ASAP.

Despite ignoring exposing details of the inquiry, the head of the FBI’s Washington Field Office, Steven D’Antuono, stated:

“It’s an ongoing investigation. We’re looking at everything. It cuts us to the core that one of our brothers passed away. There’s a lot of tools and interviews we’re still conducting. We’re reviewing all of that information.”

In the recently emerged video, while officers are trying to fight off a violent crowd of Trump supporters, one of the protesters can be seen picking up a fire extinguisher from the ground and hurling it at the cops. The heavy item bounces off the helmet of one officer and strikes another, who falls backward instantly after the hit.

According to the Department of Justice, five people died as a result of the US Capitol raid.

US Capitol Police Officer Howard Liebengood died off duty shortly after the MAGA turmoil. The cause of his death was an apparent suicide.

Ashli Babbit, a 14-year-veteran who served with the US Air Force, was fatally shot in the chest amid the riot.

Acting Attorney General Jeffrey Rosen asserted that the Justice Department “will spare no resources” while investigating the murder of Officer Sicknick. Meanwhile, his family released a touching statement in his memory:

“There really aren’t enough kind words in any language to describe how sweet Brian was. He was truly a lovely, humble soul. We are missing him terribly.
…
He loved his job with the U.S. Capitol Police, and was very passionate about it. He also had an incredible work ethic. He was very serious about showing up to work on time and refused to call out sick unless absolutely necessary. Our loss of Brian will leave a large hole in our hearts.” 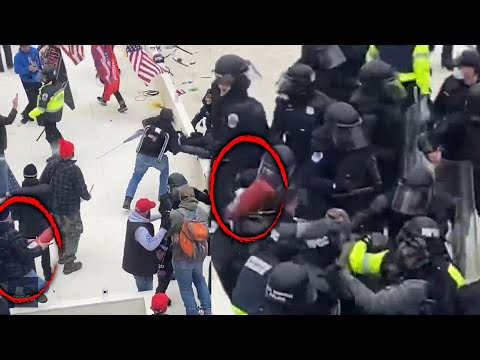 In 2015, Andrews and Plummer sat down with Vanity Fair to discuss the 50th anniversary of The Sound of Music and reflect on the decades-long bond the film afforded them.
Read more
Gaming

Despite his substantial commitments to his Tetris craft, Jonas Neubauer was primarily in the business of slinging recreational intoxicants.
Read more
United States

How Dustin Diamond’s Co-Stars Reacted To His Sad Death

Mario Lopez, who played jock A.C. Slater on Saved By the Bell, shared some photos of the two of them through the years on Instagram.
Read more
United States

Facebook also took action on the US President’s account and blocked it from posting for 24 hours on the blue app and Instagram.
Read more
Fatal Shooting

A number of families had been inside the Urban Air trampoline and adventure park, at the time of the incident, 21:20, WKRN reported.
Read more

Ryan Fischer, Gaga’s dogwalker, was in front of his house with her three French bulldogs on Sierra Bonita Avenue in Los Angeles when he was attacked by thieves.
Read more
Exclusives

"What's clear to us is that there's a lot of compassion and empathy around him as an actor.
Read more
looper

After Deloris gets captured, her sisters at Saint Katherine's take it upon themselves to come to the rescue rather than count on the police to get there in time.
Read more
looper

How Old Was Dwayne ‘The Rock’ Johnson When He Filmed The Mummy Returns?

The Mummy Returns came out on May 4, 2001, when Johnson was two days over 29 — but we're looking for his age when the movie was shot, not when it was released.
Read more
looper

The show's main characters could be in a very different place when season 12 is over.
Read more
Load more
- Advertisement -

The Untold Truth Of Die Hard 64